This protocol can be used to purify AAV of any serotype.

In medicine, iodixanol can be used as an intravenous isomolar contrast agent. In research, iodixanol is used as an isomolar density gradient medium suitable for virus purification and isolation of cells, organelles, lipoproteins, and macromolecules. Importantly, iodixanol is inert and non-toxic to mammalian cells. Therefore, and unlike other density gradient media, it is reportedly not necessary to remove iodixanol prior to use of your purified virus. Nonetheless, we recommend performing a buffer exchange before using the purified AAV in vivo .

The iodixanol gradient in this protocol is composed of steps that separate out contaminants from an impure AAV preparation. The 15% iodixanol step has 1M NaCl to destabilize ionic interactions between macromolecules. The 40% and 25% steps are used to remove contaminants with lower densities, including empty capsids. The 60% step serves as a cushion for genome-containing virions. Phenol red is added to clearly distinguish the steps. This method will help enrich the prep with full (genome containing) particles. On average, iodixanol-purified AAV preparations contain ~20% empty particles.

60% iodixanol solution is available under the name OptiPrep from Sigma-Aldrich.

Watch the protocol video below to learn setup and use an iodixanol column gradient for AAV purification.

Note: Both steps could be completed in one (long) day. 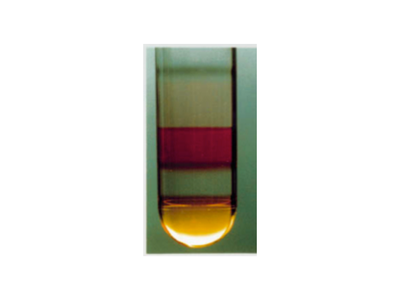 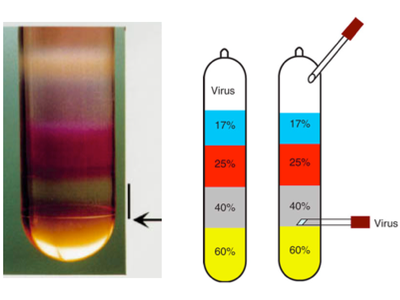 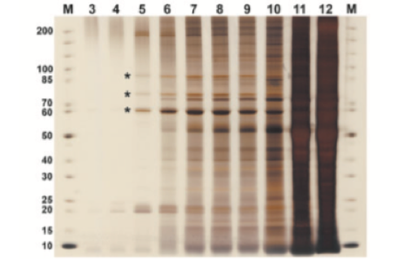